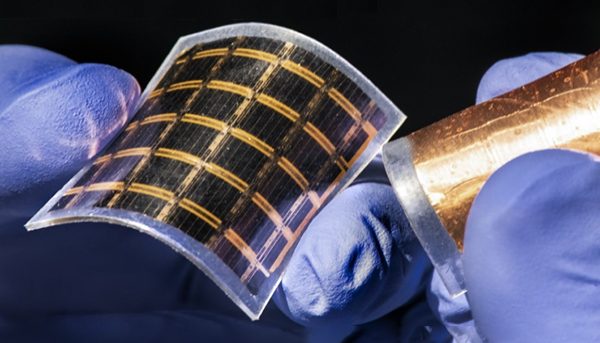 1.Characteristics of thin–film solar cells
Thin-film photovoltaic cells can use cheap glass, plastic, ceramic, graphite and metal sheets as the substrate to be manufactured by surface engineering methods. The thickness of the thin film that can generate voltage is only a few microns, which can save a lot of photoelectric conversion materials. It has the characteristics of flexibility and easy combination with structural materials, and has a wide range of uses. It is called the second-generation photovoltaic cell.

(3) Solar thin film battery greenhouse. The glass structure application system adopts the transparent hollow laminated film photovoltaic module, which is sound insulation, heat insulation, comfortable, safe and beautiful. It can be applied to roofs, windows, side walls and greenhouses, and can also be used to make warm water fish ponds or swimming pools. Used as a solar charging station, small workshop or laboratory. The light-transmitting thin-film greenhouse has a wide range of uses, low cost, convenient demolition, and integration of building materials and energy devices to achieve dual energy saving and emission reduction, and is more suitable for the development of solar energy transportation and vehicles.

(4) Photovoltaic ceramic tile houses. General solar panels are used for the roof, and the top temperature is relatively high. The current development of photovoltaic building materials integration can solve this problem. Zhejiang Hetai Solar Technology Co., Ltd. has researched and developed photovoltaic ceramic tiles to replace ordinary tiles with special ingredients and low-temperature die-casting methods . Its appearance is similar to ordinary tiles, but it is light in weight and durable in heat insulation. Thermal insulation, photovoltaic power generation, energy saving and emission reduction. The tile is formed by die-casting at a low temperature of 150~200C with special ingredients (ordinary tile needs to be calcined at 1200C). The size of the tile is accurate, and the matching between the tiles is good and compact. It plays an important role in heat preservation, heat insulation, waterproofing, corrosion resistance and longevity. The use of hollow-out special mold design and rapid prototyping technology improves the heat preservation and heat insulation function and efficient preparation (the temperature difference can reach 7~8C compared with ordinary Wabi, which can save air conditioning energy consumption by 40%~60%). The automatic sealing glue technology is adopted to achieve the protection of the building’s waterproof and solar cells (240h the reverse side is immersed in water, and the front side does not leak). In addition to the function of ordinary tiles, photovoltaic ceramic tiles also have the function of generating electricity. The photovoltaic modules and ceramic tiles are combined to make standard products of 4W, 8W, 20W, 24W. The maximum power can reach 100W. There are wealthy tiles, Western classic tiles, and Chinese styles. There are 4 types of classical tiles and noble custom tiles. The power generation of photovoltaic ceramic tiles is related to the capacity of photovoltaic modules and the type of ceramic tiles. Calculated by the photovoltaic roof area of ​​10m², the wealthy tile can generate 1.44kW, the classic tile can generate 1.00kW, the classic tile can generate 0.72kW, and the life of the classic tile It can be up to 50 years (20 years for ordinary tiles and 25 years for wealth-generating tiles).

(5) Organic solar (OPV) battery. It is a new type of solar cell developed in the 1990s that uses organic semiconductors as active materials for light-to-electric conversion. It has the advantages of low cost, thin thickness, light weight, simple manufacturing process, and large-area flexible devices. Broad development and application prospects. At present, its main disadvantages are low energy conversion efficiency and poor stability.
(6) Compound semiconductor thin film solar cells. GaAs thin-film solar cells have high conversion efficiency, mature technology, but high prices. They were first used to make spacecraft solar panels. The CIGS thin-film solar cells developed now have greatly reduced their costs and are gradually being promoted to civilian use. This system is widely used in people’s daily life. The solar street lights, solar coffee houses, solar desks, solar chargers, solar emergency lights, solar outdoor camping supplies, etc. manufactured by this system will maximize human life and improve People’s way of life.
The solar-powered electric vehicle launched by a company is shown in Figure 3. The vehicle is equipped with 6m² high-efficiency thin-film solar cells, with a light conversion efficiency of 31%, and a 50kW·h lithium battery can achieve a maximum output of 160kW of comprehensive power, and can continue to travel 350km at a maximum speed of 200km/h. This attempt has brought hope to the development of solar-powered electric vehicles.

November 17, 2021 by admin Analysis and Application of Solar Energy Characteristics