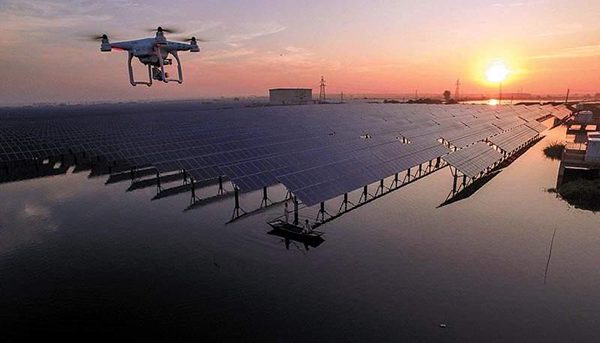 Before 2008, the statistics of China’s solar energy production and installation are shown in Figure 1. It can be seen from the figure that China’s solar cell production has increased rapidly since 2005, and by 2008 it accounted for 26% of global production. In 2011, it had reached more than 5000MW, accounting for 63%, and even reached global demand, but China’s installation is very small. And the growth is extremely slow. The amount of installation is mainly in grid-connected power generation and street lamps, and a small amount is in industrial communication and rural electrical, and domestic demand and supply-side consumption are seriously insufficient. People everywhere invested in loans to buy imported technology and equipment, and there was a serious overcapacity. Coupled with the global economic crisis and the implementation of double-reversed photovoltaic application countries in Europe and America, China’s photovoltaic industry has reached a low point. The development of new-type solar cell clusters selected by Chengdu focuses on research and development, and expansion of installation and application is a healthy development road, but it is necessary to further develop supply-side consumption, expand distributed photovoltaic power generation applications, and continue to develop solar energy application products in order to achieve sustainable development. .

Due to the rapid development of industry and agriculture, the improvement of people’s quality of life, the expansion of demand for urban and rural construction, and the rapid growth of electricity consumption, the emission of exhaust gas and dust caused by power generation is increasing, which causes air pollution and aggravation of smog. Some data point out that the deterioration of air quality, the proportion of energy consumption is as high as 65%. Driving 1km, carbon emissions are about 0.2g, but taking a high-speed rail or riding an electric scooter for 1km, carbon emissions can be reduced to about 0.05g, such as the use of solar electric vehicles can achieve zero emissions, so clean energy is an important way to achieve energy saving and emission reduction . To this end, Premier Li Keqiang of the State Council once presided over an executive meeting of the State Council to study and deploy to accelerate the development of energy conservation and environmental protection industries, promote information consumption, stimulate effective demand in China, and promote economic transformation and upgrading. Take the lead in promoting the use of new energy vehicles, increasing the market share of energy-efficient products to more than 50%. Accelerate the construction of key energy conservation and environmental protection projects, launch green building actions, and upgrade the level of industrial technology and equipment. Intensify research on key common technologies and improve independent innovation capabilities.

The photovoltaic industry has passed through the cold winter and ushered in a long-lost spring. Due to the country’s multiple policies, solving problems, identifying directions, and adopting measures, since 2014, China’s photovoltaic industry has turned losses and its operating conditions have been greatly improved. Favorable policies for the photovoltaic industry are frequently introduced, including a series of policy measures such as standardizing the order of photovoltaic development, carrying out photovoltaic poverty alleviation projects, and promoting the construction of distributed demonstration zones. Under the premise of regulating the market, the Chinese photovoltaic market has been vigorously expanded and a large number of demonstrations have been established. Sexual projects have played an extremely important role in the healthy development of the entire industry. In 2015, the establishment of demonstration parks in the photovoltaic industry expanded from 12 to 30. According to data from the China Photovoltaic Association, the output of polysilicon in 2015 exceeded 165,000 tons, an increase of 21% year-on-year; the output of photovoltaic modules dominated by polysilicon cells exceeded 43GW, an increase of 20.8% year-on-year, accounting for more than 70% of the world; China’s photovoltaic installed capacity increased by 15GW , An increase of 40% year-on-year. Both the newly added installed capacity and the cumulative installed capacity rank first in the world, but there is still a big gap between the country’s requirements for installed capacity and production volume. On February 14, 2016, the State Council executive meeting further proposed measures to support the development of the new energy automobile industry, and promote green development through structural optimization. The meeting pointed out: The development of new energy vehicles and the promotion of the industry to the mid-to-high end are conducive to protecting and improving the environment. It is an important starting point for cultivating new kinetic energy and an important content for the development of a new economy. We must adhere to market-oriented and innovation-driven, relying on mass entrepreneurship and innovation, strive to overcome core technologies, break bottlenecks, and accelerate the development of new energy vehicles. Sichuan Province has also issued policies to encourage new charging facilities in communities, which will account for 5% of the total parking spaces within 5 years. But at present, new energy vehicles and their charging stations have not considered solar vehicles and photovoltaic charging stations.