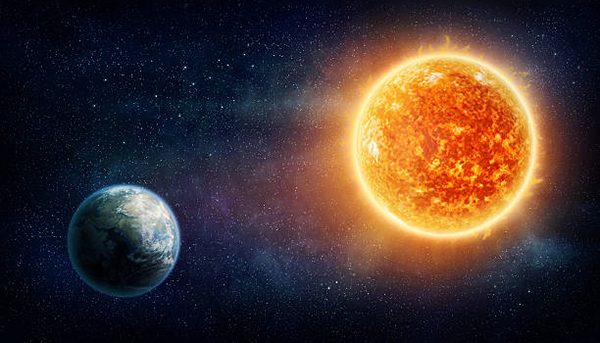 ①Solar energy
Solar energy is an inexhaustible new energy source. Solar energy transmission and solar energy utilization is shown in Figure 1. When a light beam hits an object, part of it is reflected, part is scattered, and part is absorbed by the object, and the absorbed light energy I is
I=I0e﹣αχ
In the formula I0—incident light energy;
χ——distance from the surface of the object;
α——The energy absorption coefficient of the object.

It can be seen from the figure that only 1% of solar energy is used and it reaches 21 billion kilowatts, which is much larger than the amount of renewable energy such as wind power, hydropower and bio-electricity. It can be described as an inexhaustible and inexhaustible renewable new energy.

② Solar energy output during time period and season (take Chengdu as an example below)
Figure 2 shows the actual measurement results of the 20W silicon solar cells horizontally arranged in Chengdu in summer by the research team. The output runs at a high level of 19-20V from 8 o’clock to 16 o’clock, and the current varies greatly, with the highest output from 12 to 13 o’clock. The time when the output current exceeds 1A is 11:10 to 13:20, a total of 2 hours 10 points; the time exceeding 0.8A is from 10:00 to 15:00, a total of 5 hours. The time when the output power exceeds 20W and 18W is consistent with the current. In fact, the weather and seasonal changes affect the intensity of sunlight, and the installation location affects the direction of sunlight. The test results according to media data are shown in Figure 3(a). The test unit of the graph is the sunshine intensity kW/m², and the period of intensity above 0.6kW/m² is from 9:30 to 14:40, totaling 5 hours and 10 minutes, which is similar to the test result in Chengdu, and the solar light intensity can be output at this level. The power corresponds. At the same time, it can be seen from the figure that there is a certain light intensity even in cloudy days, about 1/4 of that in sunny days, and cloudy to cloudy weather is somewhere in between, which creates conditions for the application of thin-film solar low-light cells. The influence of seasons and installation methods is shown in Figure 3(b). It can be seen from the figure that when installed at a reasonable inclination angle, a stable light output of 0.6kW·h/m² can be obtained every day from March to September, and the horizontal installation is above. The amount of light obtained in the month varies but the total output energy is similar. Therefore, it is particularly important to select and use concentrating and tracking equipment and control the maximum power output. Compared with horizontal installation, the light intensity of vertical installation in different months is opposite and complementary. Solar cars can only be arranged on the roof of the car in a flat or nearly flat micro-arc arrangement, and the sides can be opened. If fixed installation is adopted, thin-film batteries with low sensitivity to light intensity and direction changes are required.

October 27, 2021 by admin Analysis and Application of Solar Energy Characteristics