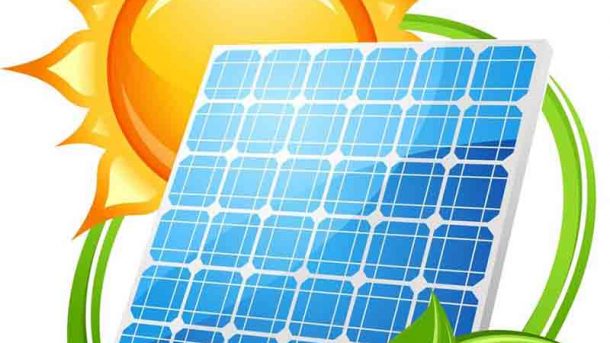 Bicycles, motorcycles, and tricycles are currently the most used means of transportation, and now they have gradually been converted from manpower and fuel power to battery power. If the use of distributed photovoltaic power sources from these vehicles is to contribute to the sustainable development of the country. At present, the biggest problem of electric bicycles, motorcycles and tricycles is that the vast majority of vehicles exceed the standard, and the cyclists are over-speeding and overloading illegally, causing urban traffic hazards. Therefore, it is very necessary to develop lightweight and speed-limited solar electric slow-speed vehicles.

At present, bicycles are the most widely used means of transportation, and can be easily transformed into solar-powered electric bicycles that are environmentally friendly, energy-saving and labor-saving. In addition, the relationship between solar-battery-motor matching and vehicle weight-vehicle speed-continuous mileage can be straightened out as soon as possible from the modified products. You can drive on a sunny day with a commercially available bicycle and a geared motor of around 100W (a disc hub motor is better) and a silicon solar panel (a flexible thin-film solar cell is better). For all-weather driving, you only need to install a 24V/10A h lead-acid battery (such as a Tycorun Lithium Battery)
, super capacitor battery machine is better). What needs to be developed is a solar-battery-motor intelligent integrated control system (boost, start, speed regulation, speed limit, forward and reverse, stop, brake functions) and structural lightweight technology (design and manufacturing technology).

(1) Converted from bicycles to electric bicycles and solar bicycles.
It is very convenient to change from a bicycle to an electric bicycle. As long as one of the wheels is replaced with a brushless disc motor integrated wheel, and the corresponding battery and controller are equipped, it is an electric bicycle. Its load and speed are determined by the motor used, and its continuation mileage. It is determined by the capacity of the battery used. Generally, a 100W/24V motor and a 24V/10A·h lead-acid battery can be used. In order to reduce the quality and prolong the life, a lithium battery can be used, but the price is twice to twice as expensive.

(3) New high-efficiency and lightweight solar electric bicycles.
The multi-functional solar electric vehicles currently on the market have variable functions and high cost performance. They can mass-produce standard components, which are composed of solar electric vehicles by manufacturers for sale, or users can purchase corresponding components and assemble them into various solar electric vehicles. And the development of new uses and new structures of solar electric vehicles. From its technical parameters, it can be seen that the required power is as small as 180W, the running speed is 20~30km/h, and the low speed is the bicycle standard. If the speed is reduced to 20km/h, the required power can be as small as 100W, and the minimum weight is 19kg. The use of magnesium alloy structure will also reduce the weight of the vehicle, such as the use of brushless disc motors, lithium batteries, and intelligent control, which can achieve light weight and high efficiency. At the same time, some standard components can be selected to become tricycles, two-person vehicles, and trucks.

(1) The development of scooters.
The earliest scooters rely on the reaction force of the foot to push the wheels forward by inertia force for a short time, which can only be used as amusement facilities. Later, an Israeli invented the electric scooter, which can be folded and carried into the shopping mall for riding, and can also be used as a ride. work. In recent years, China has produced electric scooters, which are very light in weight, heavy in load, and have a maximum speed of 40km/h. They also run standing and have poor safety. If you change it from vertical to sitting, and the speed drops to 20km/h, you can travel like ordinary electric vehicles, and it can be upgraded to solar electric vehicles. Recently, there have been factories producing seated scooters, which increase the safety of riding.

(3) Folding solar skateboard electric bicycle.
Referring to the above technical parameters, reduce the vehicle speed to ≤20km/h, the vehicle weight ≤12kg, the power to about 160W, and the body is smaller than the width of the human body. Change from two wheels to three or four wheels to increase stability and prevent rollover. Become a speed-limited ultra-light solar electric car. The car is no different from a skateboard-type electric bicycle, except that a light folding chair is installed to become a skateboard-type electric bicycle, and the control lever is bent to become a foldable trolley. If a solar umbrella trolley is installed, it will become a skateboard sitting solar electric bicycle. The weight of the whole vehicle is about 15kg, which is lighter and smaller than the general electric bicycle, and it can be folded and dragged, which is especially easy to carry. Germany has produced this type of scooter, which can be folded into a trolley case that can be pulled to the elevator, the bus, the shopping mall and commuting. When you need to walk, you can open it and immediately become a scooter.

(4) Combined solar electric skateboard bike.
Replace the front wheel of the scooter with the previously developed electric wheel tractor to become an electric scooter, and add a folding solar umbrella or a combination of solar panels and a seat to become a solar electric bicycle. The difference is to design and manufacture the battery box. Combined with special chassis, both ends are welded with connecting screws to fix adjacent components. The special chassis can be extended to become a double or triple car, the weight of the vehicle is ≤20kg, and the weight of the vehicle can also be ≤40kg with the addition of lightweight materials and film battery roof, which meets the driving standard on slow lanes or sidewalks. It can be made into a three-wheeled or four-wheeled vehicle to increase the stability of the vehicle body, and various corresponding components can be fixed into various special electric vehicles. Use a single lithium iron manganate battery with a diameter of 25mm and a length of 65mm and a weight of 150g, 3.2V/8.6A·h. 8 strings can output 25.6V/66.8A·h, the total battery weight is 1.2kg; 8 strings and 2 parallels can provide 25.6V/137.6A·h output, the total battery weight is 2.4kg; 24V/100W motor, with a maximum speed limit of 20km /h can use 1.3h. It can also supply 16 strings for 51.2V/137.6A h output to drive 48V motors. The three sides of the battery box are welded with connecting studs to connect with the external system. If the box body and drawer are made of aluminum alloy, the weight is 0.45kg, and the battery and the chassis of the body are only 2.85kg. The connector is made of hollow angle aluminum, and the other parts are welded with aluminum alloy tube sheet, which will not exceed 1kg. The 24V/120W electric wheel with a diameter of 190mm weighs 3.2kg, and the two driven wheels can be less than 2kg. It can be seen that it is completely possible to design and manufacture an electric car with a battery mass of only 12~19kg. If you want to make a flexible solar electric vehicle, you only need to add a 30W solar cell, adding 0.75kg; adding a 24V/100W solar umbrella only adds 2.2kg.