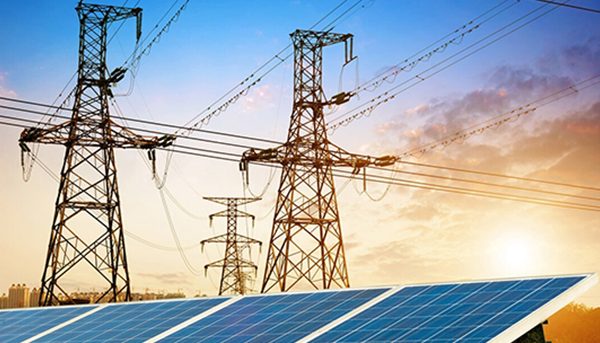 A solar photovoltaic power station has two types, off-grid type and grid-connected type, as shown in Figure 1.
(1) Off-grid power station. Figure 1 (a) shows a power station that does not have a relationship with the public grid, is self-generated and used, and is independent and self-contained. The system is composed of photovoltaic modules, photovoltaic controllers, inverters and batteries. It is mostly used in areas without electricity or lack of electricity, or vehicle-mounted mobile power stations are exclusively used by car dealers and on-board working equipment.
(2) Grid-connected power station. Figure 1 (b) is the use of photovoltaic grid-connected inverters (both photovoltaic controller and inverter functions). With the approval of the electric power sector, the direct current produced by photovoltaic modules is directly converted into alternating current through the meter and connected in parallel with the external power grid. No need for storage batteries, low construction cost, no need to change the electrical equipment used, household power stations are mainly based on this.

(2) Dedicated distributed photovoltaic power station. Generally, small and medium-scale distributed power stations are shown in Figure 5~8. They are designed for a certain purpose. They generate electricity on site, use on site, and are built by the user. Most of them are arranged on the roof. They can be large or small without occupying a site. Grid-connected methods are mostly used. It can be used in offices, workshops, and laboratories as shown in Figure 5 and 6. If the existing electric vehicle charging station is changed to a solar charging station as shown in Figure 7, the use of solar energy for a variety of vehicles With battery charging, you can quickly replace the battery to be charged with a fully charged battery, reducing 70% of the consumption of gas fuel for power generation. It is also possible to build stations in areas rich in solar energy resources, and transport fully charged batteries to electric vehicle parking lots in areas with poor solar energy resources for battery replacement services. Such solar greenhouses can also be used to grow vegetables or aquaculture [see Figure 8. The construction period is short, the investment is small, and the effect is quick. It is an important mode of photovoltaic poverty alleviation. The quotation for the 628m² photovoltaic thin-film greenhouse is that each greenhouse costs 80,000 to 90,000 yuan, the photovoltaic system costs 90,000 to 100,000 yuan, and the theoretical power generation is 12,000 to 16,000 kWh/year; Tongwei Group’s fish-light integrated model , The use of solar roofs on the fish ponds can generate 30,000 to 50,000 kilowatt-hours of electricity each year, and the income per acre of fish ponds has increased from several thousand yuan to several tens of thousands yuan per year.

(2) Outdoor application of household power station. The outdoor application of household power station is shown in Figure 10. It can be used for pumping watering, fountains, courtyard splendid projects and waterscape projects, and transportation tools. The project can be small or large, the technology can be high or low, and the investment can be small or large. Many fields are still virgin land to be reclaimed. It is a new field for the development of supply-side economy and the main way for the sustainable development of energy-saving and emission-reducing countries. A new height for entrepreneurship and innovation.

(3) Solar daily necessities. Solar energy has a wide range of uses in daily life, such as calculators, radios, chargers, flashlights, etc. These small household appliances or meters are all integrated with solar cells and regulated energy storage power supply equipment. Only a small piece of thin-film solar cell is fixed on the main body of the small household appliances or meters as a power source, and it can be transformed into solar power supply. . The development of integrated solar energy intelligent instrument equipment is the direction of daily solar energy application in the future.