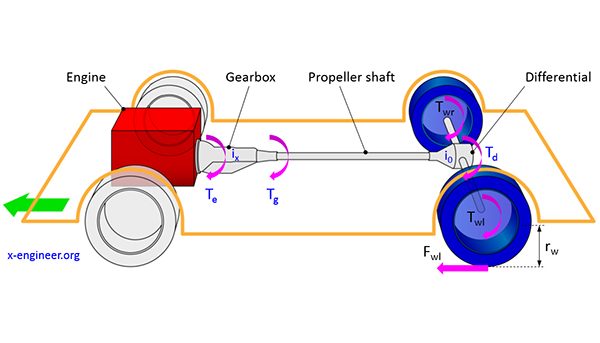 (2) Running power. The traction force (driving force) is in a balanced state when F=R; it accelerates when F>R.

where P is the power required for operation;
ν – speed.

4. Influence of tire type and road surface on braking and driving force
During braking and driving, the tangential force generated by the friction between the tire and the road surface will generate a certain slip, and its value is expressed by the slip rate s:
When v>Rω(braking), s=(ν-Rω)/v
When v<Rω(drive), s=(ν-Rω)/Rω
where ν——car speed;
R – wheel radius;
ω – wheel rolling angular velocity.
When locked, s=1, when not slipping, s=0. As shown in Fig. 2(b), when s is around 0.1~0.3, the braking force is the largest.